In our world of duality–of binaries, of right and wrong, good and bad, of the non-compatible sex and gender, including the cultural binaries of “male” and “female”, and so many other “either/or” dichotomies–we are riddled with confusion about who is who and what is what.

We think one thing when something else is true. Society forces us to bifurcate our views, to view the world as two dimensional despite it being 3D, to accept without argument that there are one polar opposites, mirror images, binaries.

Part of this forced bifurcation is found in gender and sexuality identification. Culture, though slowly changing, views both sex and gender as binaries: male (masculine)/female (feminine). But it’s also hyper-critical of that binary. There’s a hypocrisy about the binary, one which hurts males much more so than females.

If a woman “violates” her femininity to become masculine looking, she is praised for her bravery. However, a man who “violates” the base tenets of “manhood” to willingly emphasize his feminine side is simultaneously brave and emasculated, called horrible names and treated as less than human, denied rights in some cases. His decision to willingly be feminized (or even “sissified”) means culture eviscerates him, emasculates him. But unlike men who are effeminate or like “girly” things and are called names like “faggot” and must take the brunt of the negative connotation, the willingly feminized man, the cross dresser, has made a free will decision to become feminine. Therefore, (s)he becomes powerful despite any names lobbed at him/her.

We often mistake words to mean something and assume synonyms, like “cross dresser” somehow equating to “faggot.” We tend to forget the etymology of words. We tend to misunderstand because a word has taken on a new meaning, evolved into something else. We tend to apply negative connotations to words too.

Gay, fag, faggot, queer, sissy. None of these are negative words when we think to the original meanings. There are connotations attached to each, but if we focus on the true definition then these negative connotations have no power. Gay, for example, is happy and joyful. A fag is a cigarette, in many cultures. A faggot is a bundle of sticks (kindling—the reason this has a negative connotation is because faggots were gathered to burn homosexuals and witches at the stake); queer is “odd”; and sissy is derived from “sister,” so a “sissy boy” is a sister (this work didn’t fully develop into a pejorative term until after the turn of the 20th century).

A good initial example of feminization can be seen by a quick look at Lolita fashion. Seeing women dressing as little girls (or so many assume) somehow equates to sexualization and sexual fetishization. However, Lolita fashion is nothing more than a fashion statement. Unless significant upskirt action and cleavage is shown, there’s nothing at all sexual about it. IF someone feels some sexual desire toward these women, then they’ve fetishized them in a negative manner. Lolita fashion is no different than my fetish for Converse Chucks. I have 15 pair and another pair—my Pride Chucks—on the way. But my fashion statement is accepted, but when we think about it, my All-Star fetish is no different than women selecting a poofy dress to wear. In this case, women are sexualized and lose their female identity.

A similar thing can be said for culture’s tendency to emasculate men.

Emasculation is defined as: “make (a person, idea, or piece of legislation) weaker or less effective. OR to deprive (a man) of his male role or identity.” Emasculation creates a man as a freak; it is NOT a choice.

Sissification, however, is very different. Sissification is defined in this way by Kinkly.com: “[It] refers to a male submissive that is effeminate or exhibits feminine behaviors. This is typically done at the request of the dominant. The submissive is “forced” into cross-dressing and gender reassignment. Generally, a sissy refers to a man that does not conform to traditional gender roles. Sissy is thought of as the male equivalent of tomboy although this term is thought of as being more offensive.” In other words, the male willingly submits to the Dom or Domme to be “forced” into the situation. This practice of willing participation results in feminization, or the act of causing a male “to have qualities that are perceived as feminine.”

Notice the very clear differences. Emasculation is a society or culture depriving man of his identity as a male, forcing him into a subservient position as a lower-class citizen; in this case, he has no choice. The irony should be noted. Emasculation is the very treatment many racial and gender minorities discuss about the white male patriarchy; racial and gender minorities have suffered this very same thing through racism, misogyny, and transphobia and homophobia.

Sissification, however, is the man being “forced” (note the quotes) into becoming feminine. It is a choice to dress in typical women’s clothing, to be treated as a woman, to become feminine/feminized.

Emasculation is truly forced upon men, just as women, trans people, ethnic and religious minorities, and so on have similar issues and views thrust upon them. Sissification and feminization are choices that are part of who the man is. This feminization includes, obviously, fully transitioning from male to female. His “violation” of the sacred gender norms of male and female causes consternation in many people; however, this willingness to be “abused” and “shamed” as a female is his choice in terms of the sissification. The point is, it is his choice to do with his body as he sees fit, not culture’s. And is it REALLY abuse or shaming if the male bodied individual enters into the relationship consensually? Nope.

However, culturally he is a freak, something to be ridiculed, rather than accepted as the beautiful human he is, when he chooses to break from the cultural norm of gender specific behavior.

Those who willingly do it and enjoy dressing up in traditionally female clothing are considered troubling for society. What self-respecting man would dress up as a woman? I say an exceptionally confident one. A man who chooses to dress non-traditionally for his culturally accepted gender is a man who is confident, brave and should be respected, but harangued, belittled and called names like “fag” and “faggot” (given the current connotations behind those words). (S)he should be praised, not viewed as a freak. 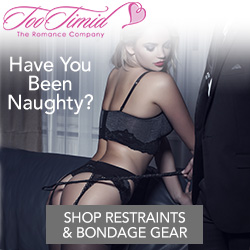 They are confident. They are brave.

These two words sum up the difference between emasculation and feminization (which includes sissification). Emasculation, demanding a man be more feminine against his will, is detrimental. Even Robyn Ryle’s Questioning Gender points out the dangers of emasculation to the male psyche.

There’s not a damned thing wrong with a man putting on a dress, hose, high heels, and make up. Many male cross dressers look remarkably attractive in women’s clothes actually. It looks natural on them, as though it should be 24/7 for them.